Accessfm- how it all started and where we are now. 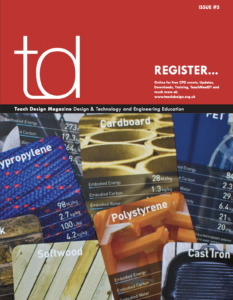 Beauty as they say is in the eye of the beholder, couldn’t agree more but when it comes to design and more specifically “Good design” I am not sure this paradigm fits. A good design not only needs to look good but it also needs to function and I suppose that is where the comparison ends.

I clearly remember overhearing a rather heated debate between a student and senior lecturer whilst studying product design in the final year of my degree. The debate or rather, argument centered on two ballpoint pens. One was an everyday Bic disposable and the second owned by said student, a styled, rather attractive and considerably more expensive version. The lecturer in question was bestowing the virtues of both pens but decided that the Bic was in fact the better product and that the student in question had actually wasted their hard earned cash on a far less superior product. What astounded me at the time was the reasoning behind this bold statement, or rather the distinct lack of reasoning in the first place. The lecturer kept on returning to the fact that the Bic was some 40-50 times cheaper and performed what he believed to be the exact same function and so must be better. The student was confused and slightly annoyed by the lecturer, who eventually dismissed all discourse from his pupil.
“ Ah but how about a Rolex Submariner compared to a Casio digital watch,” said the student. “ No its not the same thing” said the lecturer. Which of course it was. His argument was based solely around the two products he was looking at and saw little or no correlation to other consumer products. At the end of the day he was the lecturer and so he must be right.

I have always been a person more attune to systems and for those that know me well; have to maintain an order and logic. With me this often leads to analogies and every so often acronyms. I suppose the seed had been planted back then in that design studio listening to my Senior lecturer call rank. I felt that I could do a far better job or rather give my students the opportunity to make up their own minds in a more concise, logical and considered way.

I left university with a degree in product design and enrolled on a PGCE course, training to teach design technology. I truly believe I learnt more about design in that first year than I had done during my four years at university. I found myself having to think so very carefully about what I was trying to say before delivering to a group of teenagers. I became acutely aware that I would have to in some way police the edges of any discussions or debate without closing them down like my lecturer had done.
I started my product analysis journey with Alessi kitchen products, the now famous, family follows fiction and Philippe Startck range of products were brand new to the market and really quite difficult to get hold of. Moreover my students had no pre-conceived ideas around these types of object and had no expectations of this market. After all, these products quite simply did not fit their demographic and that was so very liberating.
I believe that if I had started with trainers and mobile phones I would have not been able to get past the brand loyalties planted by advertisers before my pupils could first walk.
I had to direct students discussions but not stifle and what better way than to introduce a set of guidelines or even commonalities. I needed a list of factors or criteria by which all products could be judged fairly, the essence of true product analysis.

It was not until I became an education consultant that I was afforded the time to really move things forward. I had decided on my set of product analysis rules but had no name for the system. I decided to put the first letter of each descriptor into an Internet anagram generator and out popped ACCESSFM.
I single handedly presented ACCESS FM during countless conferences, to teachers, advisers and inspectors from the South East all the way up to Scotland. I showcased at the NEC Birmingham for the National Design Technology show, was invited to the annual NAADIT conferences and worked very closely with Gina White HMI and the now head man at DATA, Richard Green.
I was also invited to develop and deliver workshops to primary and secondary school students across the UK. A fantastic opportunity in partnership with the London Design Museum.
During this time I quickly discovered, that in order to teach ACCESS FM, you need to keep it really simple. Indeed I would spend no more than 3 minutes presenting the initial idea of ACCESS FM to pupils. I was surprised how quickly I could lose a group by extending the thinking the first time around.

I left my education consultancy role after a brilliant two years because I desperately missed being part of a team and teaching everyday. I joined a large school for boys in Bromley, Kent, teaching design technology and soon afterwards was awarded Head of Department. I even went on to acquire AST status. The department still thrives on the use of ACCESS FM.

I have been asked on several occasions my views regarding the information surrounding ACCESSFM online. I am fully aware that the Internet contains modifications to ACCESS FM, its not that the anagram itself has been changed but the meanings behind it. In my opinion they do not really work, simply because they open the whole thing up to too much interpretation. For example I have seen Environment changed to Ergonomics, but surely Ergonomics is a SIZE issue?
Customer has been altered to Client, but generally a client is someone or a company, who creates a brief, whereas a customer is the end user or the person who buys the product. I have even seen SAFETY dropped in favour of Sensory in the context of food, but Sensory can quite easily be considered through the AESTHETICS title and with regard to food why would you disregard Safety?
I suppose it all comes back to what I mentioned earlier about keeping things really simple.
Ultimately this is what encouraged me to launch ACCESSFM. COM. The site was developed to provide the information necessary to use ACCESS FM effectively and in the way that I originally intended. It provides guidance so you can present ACCESS FM to students from all key stages up to degree level or teachers if you like.
I decided to use the site to show teachers how to get to grips with my “one, half, zero rule” and to illustrate how ACCESS FM can formulate task analysis sessions. The site gives guidance in the writing of initial and further specifications, the formulation of existing design analysis and in the evaluating of your student’s final products. Furthermore, I recommend appropriate resources, giving specific guidance on how to use them in a real classroom, through either case studies or book reviews.
However, most importantly, the website contains the original version of ACCESSFM and its waiting for you to simply download.
Enjoy.