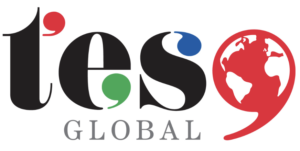 I was lucky enough to attend the Design and Technology Association Awards in London not so long ago – as the TES National Design & Technology advisor,  though not lucky enough to win a prize. At the end of the evening Dame Ellen MacArthur (her father was a D&T teacher) gave a speech about sustainability, during which she pointed out we have around 118 years of coal supply left.

And it got me thinking. Sustainability and the Environment have, until recently, been the preserve of those with dubious facial hair and a penchant for multi-coloured knitwear. But now it’s everywhere. And surely the crisis point that’s been so long anticipated has already arrived. (We have 40-50 years of oil left. That’s scary isn’t it?)

But here’s a controversial thought – and one you could work into a classroom debate. Why not design better and more durable products, instead of attempting to recycle everything in what has become a disposable society.

The switch on my wife’s hair dryer broke recently. You can buy a new one for less than £5. But being a D&T teacher I thought I would mend it. I just had to take the case apart. The manufacturer, however, had apparently never considered anyone might want to do this, for while I have every screwdriver under the sun (and a Torx set) I don’t have the Security Torx set I needed to fix the hairdryer. Result: My wife now has a new one.

Remember the “Scrappage Scheme” where the government encouraged us to crush perfectly workable cars in order to “save” £2000 off the price of a new car. Nothing to do with money they said, all about getting old cars off the road and replacing them with environmentally friendly ones. But why do we need a car which is 100% recyclable. Why not buy one which is designed and made well in the first place? It’s like marrying a woman you really like, not love, so she’ll be easier to divorce when you trade her in for a younger model.

I recently went into a large fast-food chain and the amount of packaging was incredible. My straw was wrapped in paper, and the cup given a firm plastic fitting lid before being placed in a pulped cardboard holder. Why? “Health and Safety Sir”. Oh. And everything had been recycled.

I have a suggestion: how about I have no holder, no straw sleeve, no lid and a cup made of thinner material. In return I’m charged less. The company saves money and we save the environment. Or would that be just too simple?